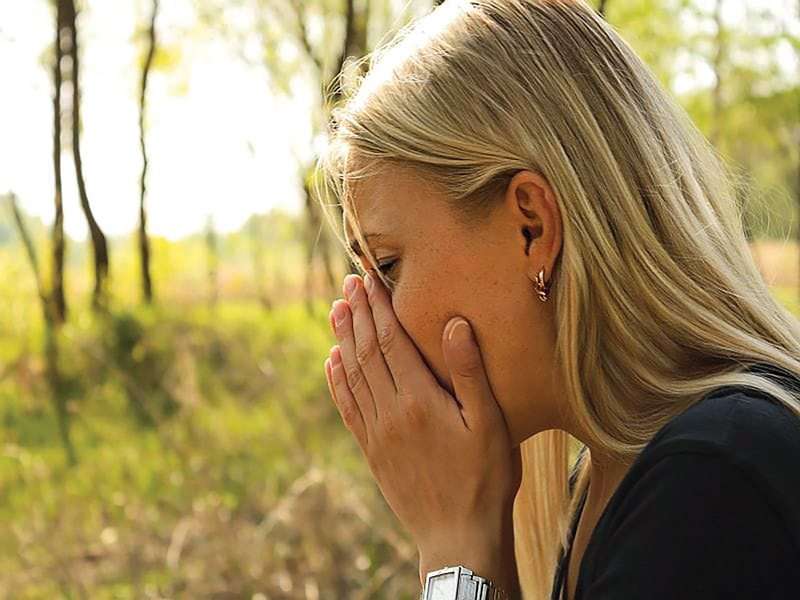 If you live in the northern United States and you’ve never experienced hay fever, new research predicts that climate change has an unwelcome surprise in store for you.

Warmer temperatures in the northern United States will allow ragweed — the plant that triggers hay fever — to flourish in areas it’s never been before. About 35 years from now, the study predicts, ragweed will be found in New Hampshire, Maine, Vermont and upstate New York.

But the news isn’t all bad. Folks sneezing due to ragweed in the southern United States should get some relief as the temperatures get too warm for ragweed to grow well. Ragweed will decline substantially in central Florida, northeastern Virginia and the southern Appalachian Mountains, according to the researchers.

“Ragweed is a major cause of allergies and asthma. Climate change will make some areas worse for ragweed, and some areas may get better,” said Michael Case, of The Nature Conservancy. He co-authored the study when he was a postdoctoral researcher at the school of environmental and forest sciences at the University of Washington in Seattle.

Ragweed is a native North American plant. It produces a lot of fine, powdery pollen from August to November. This pollen causes symptoms in people who are allergic to ragweed, including sneezing, watery eyes, itchy throat, runny nose and headaches, the researchers said.

Case and his co-author, Kristina Stinson, an assistant professor of plant ecology at UMass Amherst, created a model that included data on hundreds of areas with ragweed today, along with the conditions that allow ragweed to thrive.

When all of this information was combined, the new model predicted the northward creep of ragweed.

After that — from the 2050s to the 2070s — areas with ragweed may see a slight contraction. The researchers said this is because temperatures and precipitation may become more variable.

The study authors pointed out that their model was not designed to know if ragweed could become a problem as far north as Canada or further west in the United States because their model didn’t have information on those areas.

Marian Glenn, an emeritus professor in the department of biological sciences at Seton Hall University in South Orange, N.J., reviewed the findings.

“This is another example of plants that are migrating north as the climate warms. This is happening with viruses and diseases that are considered tropical, now that the agents that cause those diseases can survive through winter,” she said.

“The increase in carbon dioxide in the atmosphere also causes ragweed to produce more pollen, so these plants are becoming more potent,” Glenn explained.

And that means climate change will make ragweed season longer and more aggravating for allergy sufferers, she added.

Case agreed that ragweed season will probably last longer. And ragweed isn’t the only plant affected.
“Climate change is extending the growing season for everything,” he said. However, because ragweed is abundant, it made it possible to study that one particular plant.

Case said the study has practical implications. For example, weed control boards should now be aware that they might have to start monitoring for ragweed. And allergy sufferers and their doctors also need to be aware that ragweed may start becoming a problem in areas that haven’t seen it before.

The findings were published online recently in the journal PLOS One.